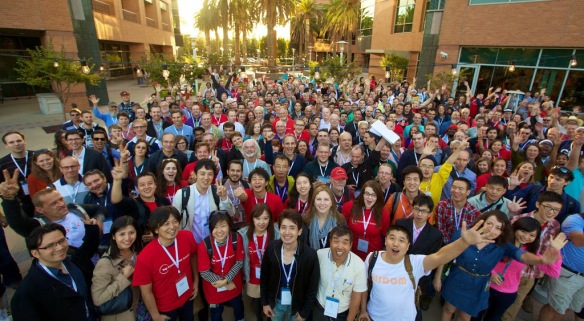 At the last  User Summit in Mountain View, it has been announced that the Gerrit User Summit 2017 could be hosted in Europe/London rather than the traditional US West Coast location.
The primary rationale behind the proposal is to engage with a wider and more diverse community, who can bring new requirements and needs from of the European Gerrit Community. It would be an opportunity to see more faces and get new ideas.

While the adoption of Gerrit Code Review has been historically high in the USA, the European companies have started using it as the standard tool for their development lifecycle. More and more people from Europe began to participate actively in the mailing list and contributing new ideas and code.

Here is a poll to have your say and express your intention to participate:
https://goo.gl/M7X6rp

The poll will stay open for the next two weeks and then we’ll publish the results.

Thank you in advance for taking the time to respond to the poll and hoping to see you soon at the next Gerrit User Summit 2017.